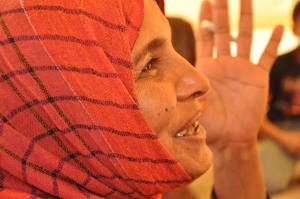 The ruffle of war is resonating louder and louder through the whole Middle-East rippling out on the globe with the war planes already landing on a Cypriot base. Like many I find myself surfing on the Jordanian internet from one to the other link in an attempt lay the pieces of this worldwide jigsaw puzzle called Syria.

What is really going on? Who is benefiting from the chaos? It feels somehow that we’re letting ourselves move into the direction of a third World War. Is this really the only way to go? With a dualistic mind were are pulled into right or wrong scenarios. Do we have to choose sides? USA versus Russia? Saoudi-Arabia, Qatar versus Iran? Assad versus opposition versus rebels? Looking at the mainstream media we clearly are fed with information that only can lead to one conclusion that an invasion in Syria would be the right thing to do. There are other sources to read too revealing the background of ‘Another Western war crime in the making.’ It seems like we didn’t learn anything from the war in Iraq.

A lot of people here in Jordan seem to shut off being warn and weary with all that is going on in the region for the past years. Though when I speak to a Lebanese he says: ‘You have to live through twenty long years of civil war to understand how important it is and of great moral support if a country speak up or even better stands up to take action. Otherwise it is: Kalaam fadi, empty talk. It is important that the US finally is drawing a line into the sand.’ He explains the situation in Syria as: ‘You cannot keep accepting that someone lives for 95% in your house while you are the owner.’
Still a growing number of people have stopped to listen to the news concentrating on their inner circle of life. In other words: ‘Be the peace you want to see in the world.’ It seems wise to remain calm meanwhile we still have to keep practicing the journalistic laws of hearing both sides and asking questions.

Although devastating it is still not clear who used the chemical weapons in Syria. This is a chance for Europe to finally grow up to take its own stance in this media war before dragging ourselves into a war with our neighbors. Is this really what we want? The US and the UK are not physically close to the Middle-East. Europe is connected in so many ways geographically, culturally, historically and politically. Since we have actively drawn the dividing lines of the Bilad-as-Sham in the Sykes-Picot Treaty 1916 we are now obediently following the US like a herd of sheep jumping of a cliff.

Next to taking an leading role to guide the dialogue in the Middle-East the other source that Europe could tap into is the source of resilience and wisdom present in the Arabic society. It is an opportunity to connect to this potential for transformation. In times of war, turn to the light. What would the refugees think themselves? 80% of the refugees are women and children.

This is exactly why UN Resolution 1325 was invented aiming to bring women to the negotiating table. The resolution reaffirms the important role of women in the prevention and resolution of conflicts, peace negotiations, peace-building, peacekeeping, humanitarian response and in post-conflict reconstruction and stresses the importance of their equal participation and full involvement in all efforts for the maintenance and promotion of peace and security. They are the ones suffering the most of the consequences of war and can come up with the right solutions like the women of Liberia. They were able to put an end to second Liberian civil war in 2003.

In one of the refugee camps I meet Umm Ali, the Mother of Ali, the High or Elevated. How would she like to see this problem solved? Umm Ali and her five children fled the violence in Syria during the night. ‘We were travelling in a group, that was safe. At a certain moment we arrived to the border yet the army discovered us and started shooting. I threw myself over the children on the ground covering their heads with my arms. Yet for Ali was too late. A bullet flew right through his skull.’

The Free Syrian Army brought Ali to a hospital and Umm Ali and her other four children were taken into prison by the Syrian army. After a few days she and her children were somehow released and started looking for Ali. When they were united again they travelled to Amman as an operation for Ali was imminent. ‘You see he still is limping with his right leg,’ says Umm Ali while he comes in carrying a tray of teacups Ali is smiling proudly. His sisters are visiting the local school. Umm Ali says: ‘I am glad that he recovers so well, only we have to wait till we all will be able to go home back to Syria. All this war leads to nothing.’ An eye for an eye will bring us more losses. As we say: Illee yagaf min al báa yatláalu.’ What you fear you will create. She is convinced that the only way to come out of this vicious circle of violence is by a peacefull way of praying and dialogue.